Semuliki National Park is impeccable a Uganda safari spot located in the extreme west of Uganda in Bundibugyo district along geo-graphical coordinates 0o 44′- 00 53′ N – 290 57-30o 11’E. It is an eastern extension of the vast Ituri forest, and forms part of the forest continuum during the climatic upheavals of the Pleistocene period. It forms one of the richest areas for both flora and fauna in Africa particularly birds. 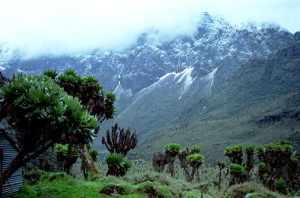 It lies within the western arm of the East African Rift Valley along the Uganda/ Democratic Republic of Congo (DRC) border. Semuliki National Park is bordered by the Rwenzori Mountains to the southeast , to the west is the Democratic Republic of Congo, to the north are the Semuliki flats and Lake Albert further on.what an interesting view all round!!!

This 220 sq km Semuliki National Park, one of the newest national parks in Uganda was gazetted in October 1993. Her land form includes a flat land form with a gently undulating park that ranges between 670 -760 meters above sea level. Many areas in this park flood up during the rainy season because all streams and rivers from the surrounding area drain through the park, coupled with the poor topography and drainage.

The average annual rainfall in Semuliki is 1,250mm with March-May and September-December as the pick season. Her temperatures range from 18oc to 30oc but these have relatively small daily variations.
What to do:
Species Diversity
Semuliki National Park is a lowland tropical rain forest hence moist and semi-deciduous. The park has 336 tree species recorded, 24 of which are restricted to only Semuliki, to the eastern part of the range, only shared by one or two neighboring forests some of which are Nesogordonia kabingaensis, ejacis guineesis and Isolana congolana. Some tree species such as lovoa surymertonii and cordia millenii are considered to be endangered in Semuliki National Park.

Compared to other exceptional diversity for small mammals, birds and butterflies, among the fauna recorded in Semuliki include 435 bird species which is about 34% of Uganda’s total. Some of these cannot be found anywhere in East Africa and are the continent’s most spectacular and sought after birds; the horn bills and lyre tailed honey guide just to mention but a few.

Semuliki National Park is unique Uganda wildlife safari destination because it has 63 mammal species, 9 of which are diurnal forest primates such as chimpanzees, olive baboon , blue monkey, and vervet monkeys, while the nocturnal primates include galagos plus pottos . To add to her mammals species, Semuliki National Park has forest beecroft’s flying squirrel, buffaloes, little collared fruit bat, blue duiker, pigmy squirrel plus the water chevrotaain.
About 374 species of butterflies and months have been identified in semuliki 46 of which are forest swallowtails and charaxes and at least 81 species of large moth, 12 of which are classified as restricted.

The forest’s location, but also to the varied habitats, forest swamp, grassland and an extensive system of hot springs, warm swamp and Savannah woodland accounts to her wide range of species.

Local People
Four ethnic groups live around Semuliki National Park. The Bamba and Bakonjo are found in the valley and mountain slopes respectively, and are majorly agriculturalists depending on cash crops such as rice and potatoes coffee, cocoa and food crops mainly bananas.

The Batuku people occupy the rift valley floor, north of the park and are pastoralists who depend entirely on cattle products which they trade in with their neighbors, both Ugandans and natives of the Democratic Republic of Congo.
The Batwa /pigmies who are gatherers and hunters form part of the Ituri ethnic group, who have since time immemorial depended on Semuliki forest for survival. However their lifestyle is now changing due to daily interaction with other neighboring local communities and the impact of tourism. 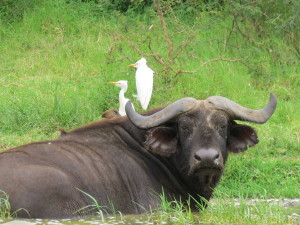 The Semuliki National Park jungle life is a breathtaking one especially for birding tour, primate, butterfly and plant lovers. Her nature walk stretches you up to the meandering river Semuliki, the only one of its kind in East Africa.
On this tour, a list of potential forest animals one may see include; leopards, buffaloes and elephants, sitatungas, various primates, crocodiles, and a variety of water and forest birds.

Sport fishing;
Interested visitors should carry their fishing gadgets for sport fishing along the river. The Semuliki National Park safari has splendid and breathtaking views that have life time memories to offer. Come and experience the thrilling winding Bundibugyo road through the Rwenzori escarpments. Along the way in the mountains, you will enjoy scenic views of the meandering Semuliki River, fuming hot springs and the buttress tropical tree rain forest that stretches to Ituri forest in the Democratic Republic of Congo.

Situated in a tract of hot mineral encrusted swamp land are two hot springs, Here you will see a two meter jet of hot water about 30oc and a 12m diameter pool of oozing boiling water about 106oc. To the surprise of many, you can boil food in the natural boiler (the boiling pool) within 10 minutes and eat it especially eggs. Why not have this trip and have this fascinating experiment a practical trial? You had better; you will live to remember it!!!